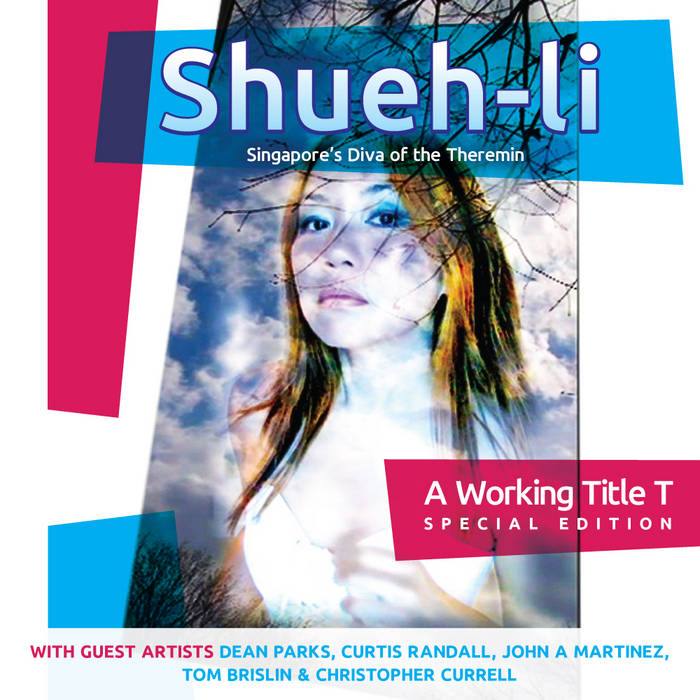 Shueh-li Ong's debut solo album (after having written 3 albums under the Xenovibes concept).

REVIEWS:
"It’s abundantly clear that Ong has many talents, a gift for sound, and the potential for greatness, simply because her sound is difficult to pin down to any one genre. This is the mark of someone worth listening to, and A Working Title is a fine, if flawed, place to start." ~ Benjamin Ray, The Daily Vault Music Reviews.

"When I first heard Shueh-li Ong’s version of the Michael Jackson song Thriller, I had to listen to it several times because the instrumentation was so diverse and striking, I could not get enough. I admit that my personal musical favorite is dancehall and reggae as well as hip hop, so the experience of her music was quite different.

Overall, I am impressed with the musicality of Shueh-li’s music and the production value is out of this world. The nuances of her composition drew me in and I heard something new and magical during each listen.
It is refreshing to experience such magic translated into popular music or vice versa! Shueh-li is definitely now on my radar." ~ Jerry Doby, Executive Editor, Hype Magazine, 01 Jan 2013

Bandcamp has digital versions of three albums written under the Xenovibes moniker, as well as a "solo" album and several singles. For music yet to be released, please go to her youtube channel "Oceanachine". ... more

Bandcamp Daily  your guide to the world of Bandcamp

MF DOOM is given his flowers, plus appearances from MC Jada Imani and Stanley Ipkuss